Tour the record-breaking Miami Beach penthouse that sold for $10.2M 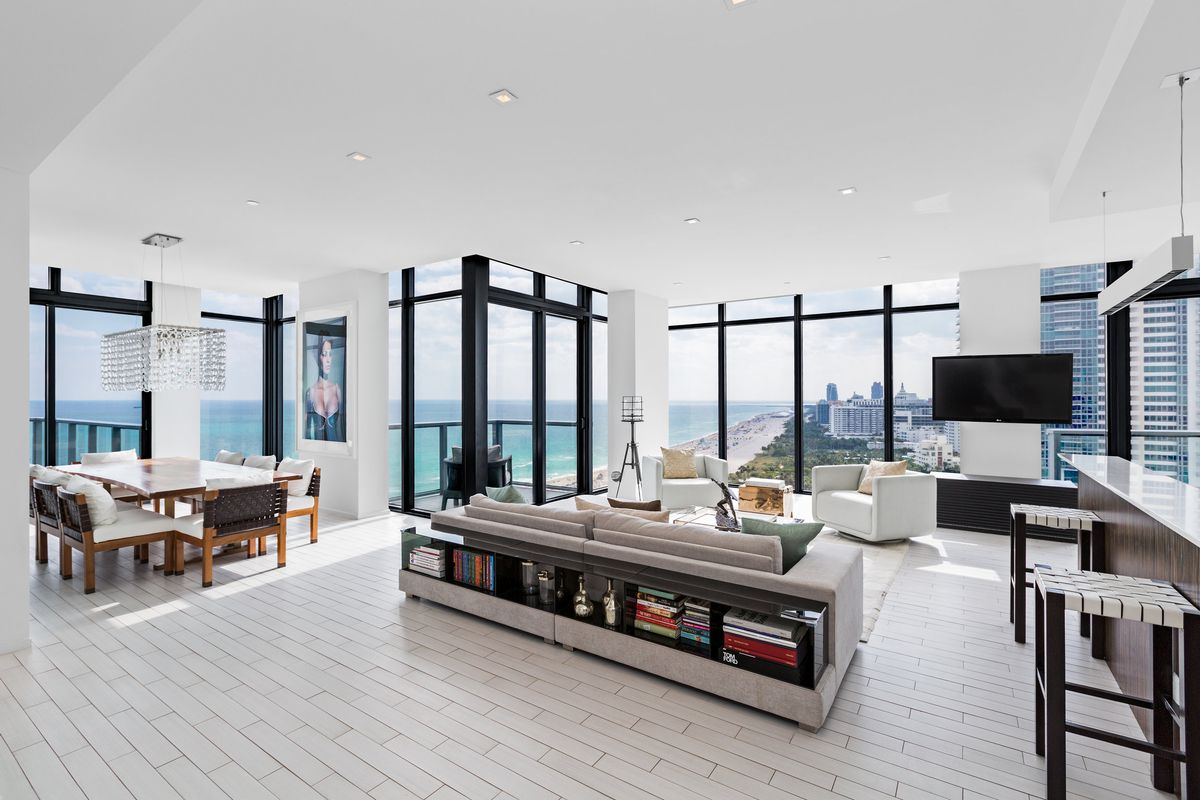 It’s been an active spring for the W South Beach.

A few weeks after Zaha Hadid’s sleek residence hit the market asking $10 million, the penthouse atop the swanky Miami Beach hotel sold for $10.2 million. At $3,502 per square foot. The residence set the 2017 high for a Miami-Dade condo sale.

The buyer has been revealed as Sir Ivan Wilzig, according to the SFBJ, which notes he’s a musician who has starred on several reality TV shows, including Who Wants to Be a Superhero?

The stunning 2,912-square-foot residence offers three bedrooms, three bathrooms, and dreamy views of both downtown Miami and the ocean from its near-3,000-square-foot rooftop deck. The latter features a private lap pool, hot tub, and lounge area overlooking the beach.

Written by Richard Lombari on June 19, 2017. Posted in Uncategorized