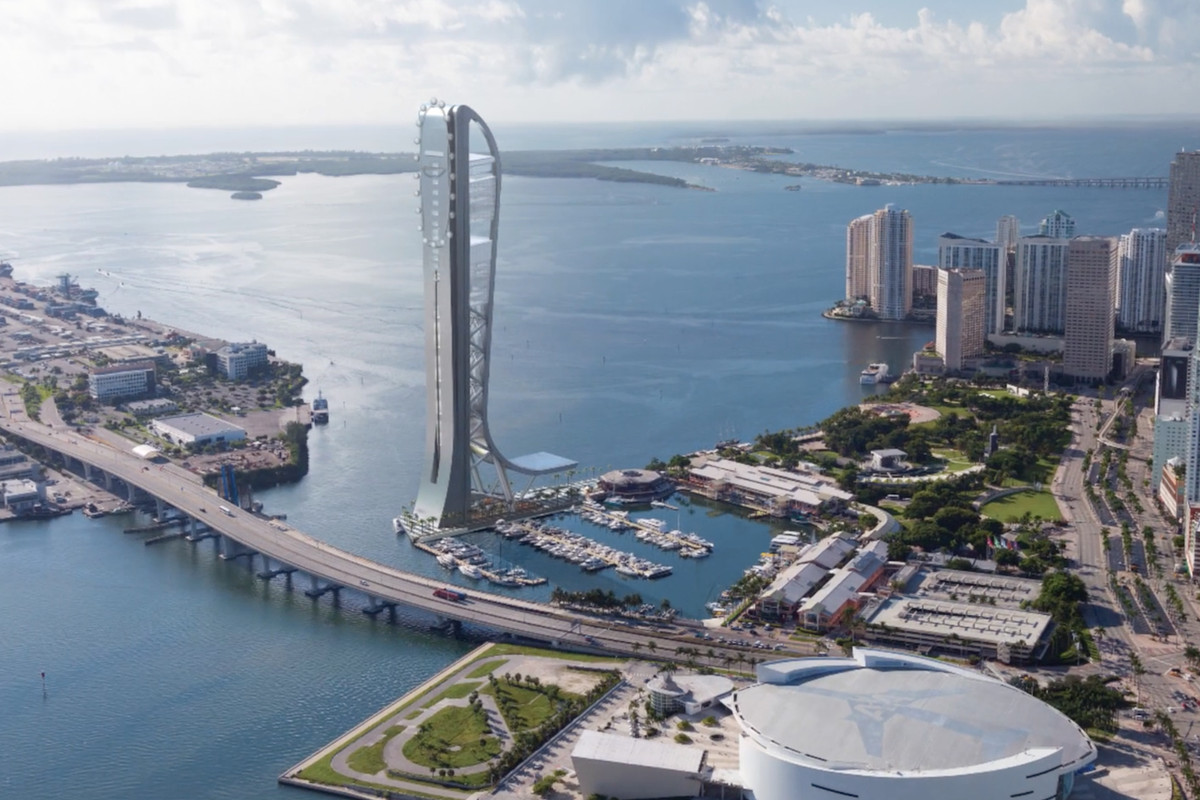 SkyRise Miami, which has been in the works dating back to 2013, apparently will begin construction next spring by Bayside in downtown Miami.

The nugget regarding the timeline for the 1,000-foot tower was unveiled in a Miami Herald articlefeaturing Miami’s tallest buildings in the development pipeline.

Over the summer, the project unveiled new renderings of its observation decks and Sky Plunge (bungee jumping) in wake of conducting wind tunnel tests. The updated plans also include a SkyDrop (a free-fall ride) and rotating pods along the outer rims of the structure, the latter showcasing what’s sure to be some incredible views of the city, the bay, and the ocean.

The unique design should be “interpreted as a giant wave, or a billfish jumping out of the water, a giant fishing net, or even a flowing dress over a sensuous form,” according to architect Arquitectonica.