Related Group President: Time To Get Serious About Biscayne Line

Carlos Rosso, President of Related Group, has a message for the City of Miami: It’s time to get serious about building the Biscayne Line.

Rosso told The Next Miami that the city needs a world class public walkway, similar to the Highline in New York or the Beltline in Atlanta, both of which proved an instant success. “It will be great to be able to jog or bike from downtown to the Design District,” he said.

To accomplish this, the city should hire one person to oversee the project, according to Rosso. Costs could be covered by permit fees paid by developers.

Other bayfront projects in Edgewater include Biscayne Beach, Crimson, and Onyx on the Bay. Soon Missoni, OKO Group’s Jesuit site, Genting’s Resorts World Miami, Elysee and a block owned by Melo Group will all be developed.

In Atlanta and New York, the investment made by the city has been paid tenfold by the increase in property values and property taxes. Restaurants and shops have flourished creating even more income and jobs. A public Biscayne Line will make Miami an even more desirable and memorable tourist destination, connecting parks and museums like the Pérez Art Museum and the Frost Science Museum with the Design District. Its a win-win for the city and residents of Edgewater, Rosso said.

Two newly elected commissioners disagree on the need for a baywalk. Joe Carollo and Manolo Reyes killed a recent proposal by commissioner Ken Russell to issue $25 million in bonds to fund construction. Both want the city to spend all available funds on affordable housing projects, with Carollo even pushing for the city to liquidate assets to fund new public housing. 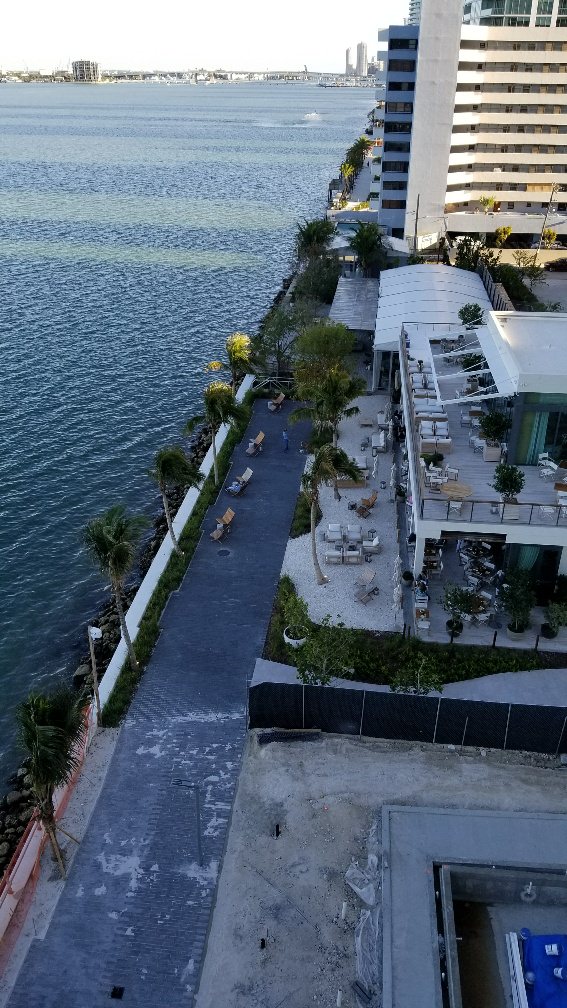 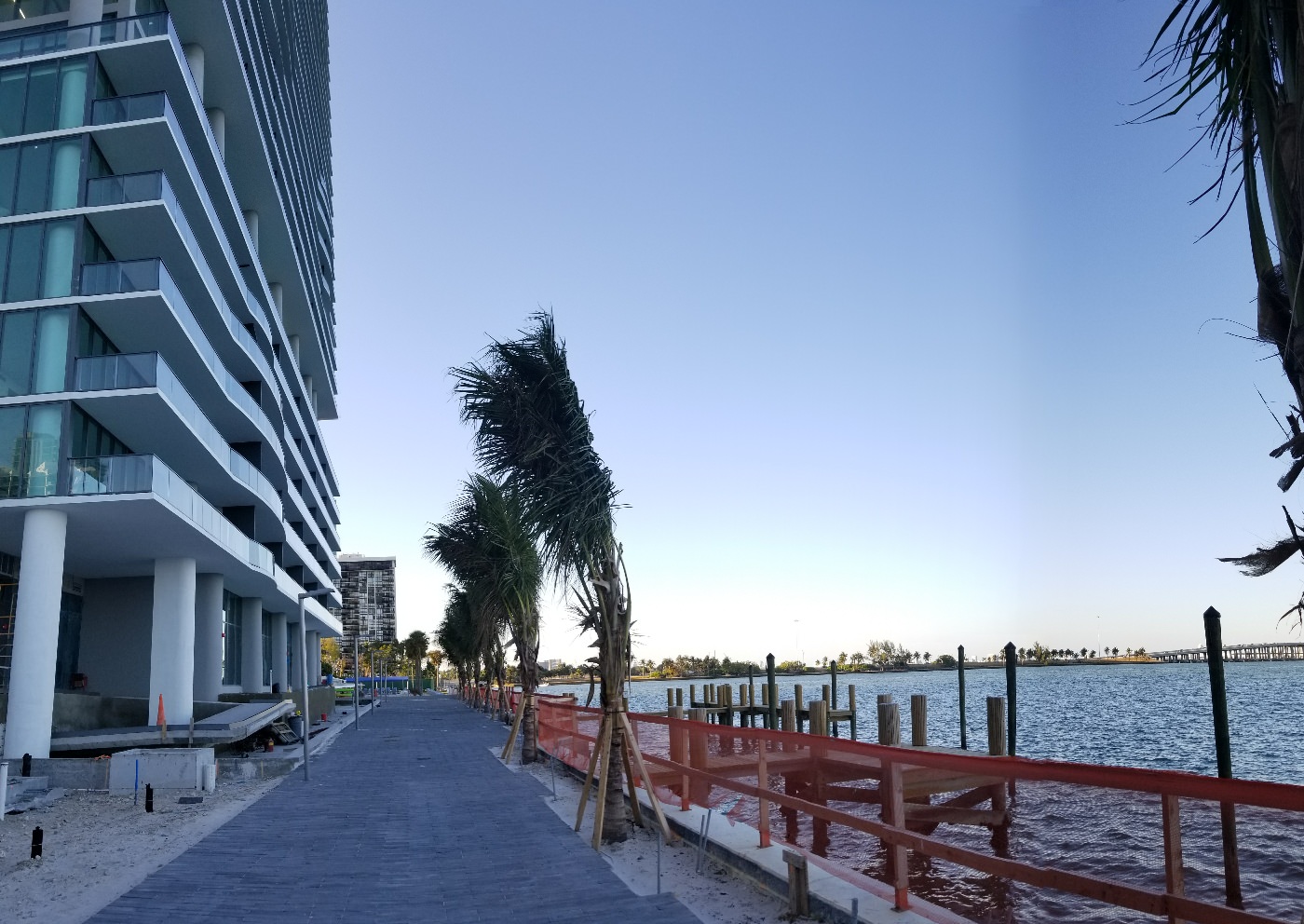 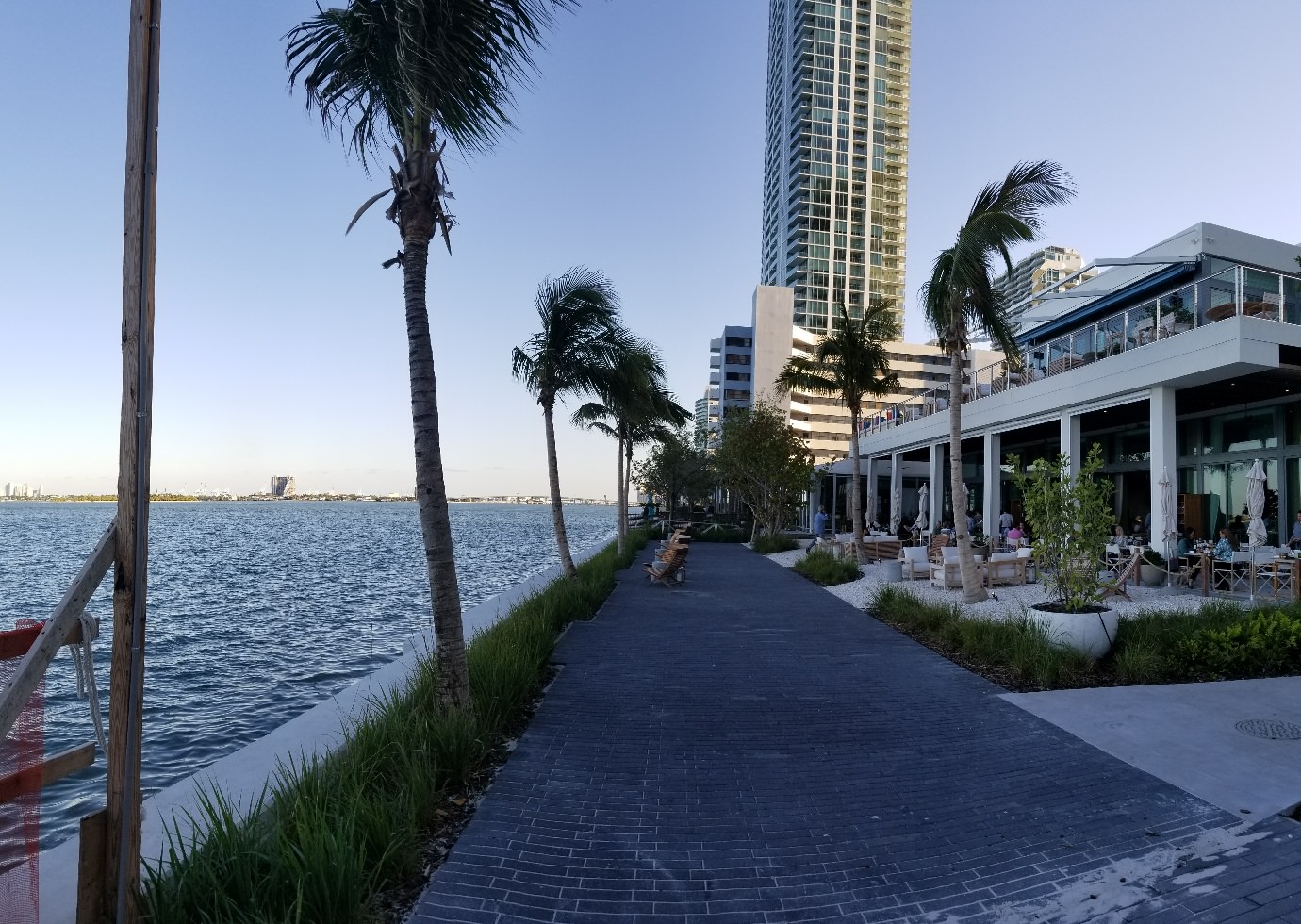