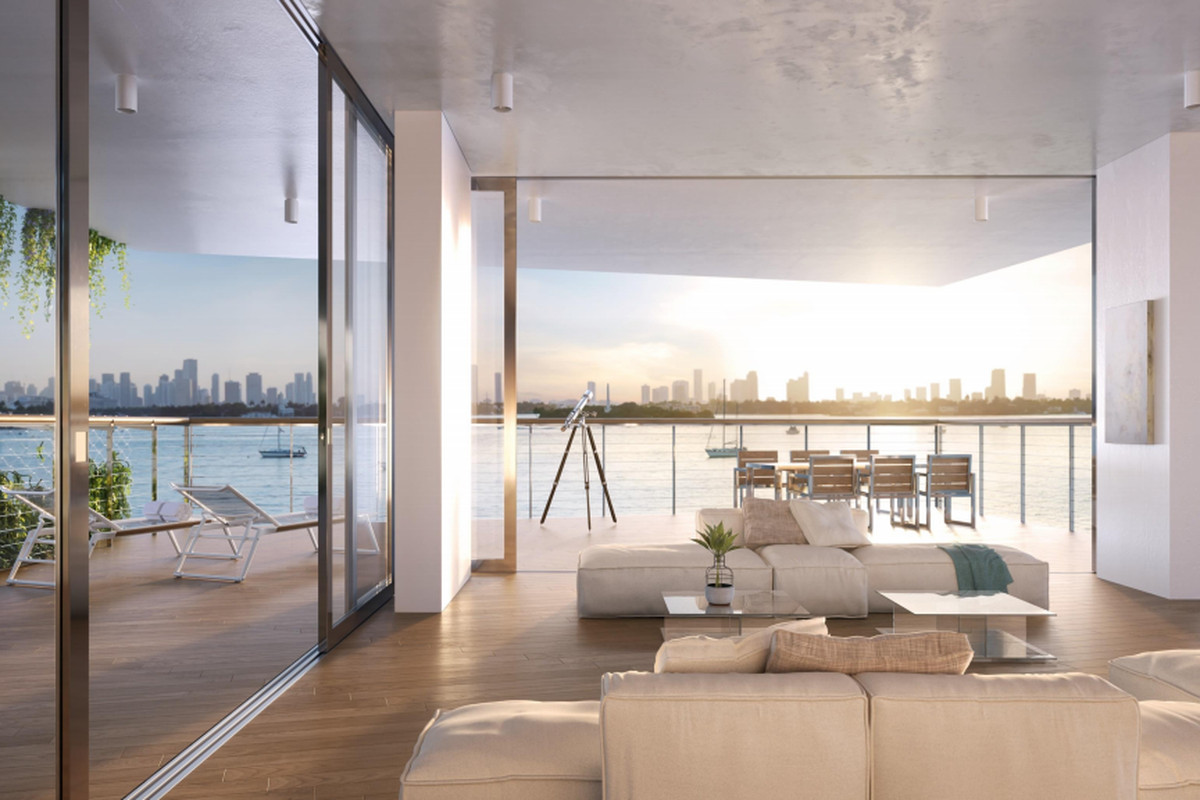 There’s some mixed news on the Monad Terrace front in Miami Beach.

The pre-construction luxury condo development planning to rise off 13th Street and West Avenue sold a penthouse that was offered at $7.6 million, per Miami Luxury Homes, to an undisclosed buyer at an unknown price. The standout residence, one of four penthouses (and 59 units total), offers gorgeous bay views and 4,400 square feet of outdoor space, including a private rooftop terrace with a pool, jacuzzi, and dining area.

However, not all is peachy with the Jean Nouvel-designed project, which expected to break ground in January but has yet to do so.

Monad Terrace Property Owner acquired 14 homes from 2015 through 2016 for a combined $51.15 million to assemble land for its project. It received a $46.8 million mortgage from EO Monad Terrace in June 2015.

The complaint says that the borrower has not repaid the mortgage at maturity and owes $45.8 million in principal.

“The lender filed this lawsuit during the course of the negotiations over a brief extension that would facilitate the closing of the refinancing,” says attorney Jonathan Minsker, who represents Monad Terrace’s developer. “The lawsuit is entirely without merit, and Monad will respond in due course. In the meantime, Monad expects to close on the new construction loan shortly.”

We reached out to Miami attorney Ronald M. Rosengarten, who represents the lender, but have yet to hear back.

Written by Richard Lombari on June 6, 2017. Posted in Uncategorized